Saskatchewan Conservative MP Maurice Vellacott’s indefatigable efforts to introduce shared parenting into Canada’s Divorce Act has been an exercise in futility, its defeat yesterday an event that is no surprise to its advocates, who eventually realized that none of Canada’s political parties, except for the Green Party, would throw their support behind it. At the end, even the Conservative party, whose platform boasts shared parenting, abandoned Mr. Vellacott, in what was his third attempt to reform the present law.

The gist of Bill C-560 was the introduction of certain “presumptions’ including a presumption that allocating parenting time “equally” between parents is in the best interests of children, rebuttable only by evidence that equal parenting would not”substantially enhance” a child’s best interests.

Vellacott’s proposed law also allowed that current custody and parenting arrangements could be varied taking into account the new “equal parenting” philosophy by declaring the reformed law a “change in circumstance”, a legal requirement under the present Divorce Act to amend an existing custody order or agreement.

Critics of the bill complained that a presumption of equality does away with the tried and true “best interests of the child” test and elevates parental rights over the rights of children. They also resist the notion that parents across Canada may invoke the new law to reopen their custody orders and agreements, potentially leading to a landslide of fresh litigation.

Was the bill so flawed that its failure was inevitable? In my opinion, it was not, but it did contain a “trigger” that unsettled those who still believe shared parenting is merely a ploy of the father’s rights movement to reduce or eliminate child support payments.

One of the triggers was the use of the term “equal” which brought back the early days of the Child Support Guidelines, which provided that parents who had custody of their child 40% of the time or more, could bring an application to reduce their child support payments, based on the reasonable proposition that their own costs in caring for their child were increased and thus, their counterpart parent’s costs reduced.

Judges became arbiters of whether 40% included school hours; hours when the children slept; and other mathematical conundrums raised by parents seeking to assert or deny the 40% rule. Fear that these arguments would be resurrected cannot be understated, however, lawyers and litigants soon learned that few judges were prepared to accede to child support reduction applications.

But more importantly in the context of shared parenting, a fully involved parent is not necessarily a parent who can or should insist on perfect equality, in fact in many of the jurisdictions that have implemented shared parenting, lawyers, parents, and legislators have recognized that precise equality is not achievable, typically because parents’ and children’s schedules are incapable of being sliced in half.

What ought to be paramount is a cultural switch that emphasizes that children need both parents in their lives, and that, in and of itself, is in a child’s best interests, despite society’s increasingly male-absent procreation and child-rearing agendas. Outdated research that celebrates maternal preferences is no longer valid, but try telling that to Canada’s lawmakers. 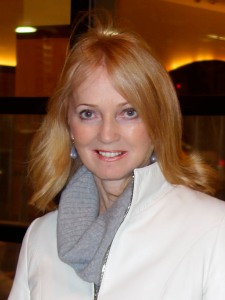 Canada’s MP’s will continue their debate on Saskatchewan MP Maurice Vellacott’ s private member’s bill C-560 on shared parenting on May 27, 2014, with a vote expected to follow days later.

Recent polls from Nanos confirm that 80% of Canadians want a change in the way custodial decisions are made and the chaos in our family courts has united parents, lawyers, and judges to insist on real reforms to eliminate the soul-destroying financial and emotional devastation wreaking havoc among Canadian families who dare step a foot into the litigation pond.

So the passage of the bill should be a fait accompli, nest-ce pas? Not so fast….

It appears that both Liberals and New Democrats have changed their views on shared parenting since the 1998 Joint House of Commons/Senate Report entitled “For the Sake of the Children”, a much-heralded report commissioned during Liberal Prime Minister Jean Chretien’s tenure, where politicians of all stripes recommended that shared parenting be implemented to enable divorced parents and their children to maintain a close and continuous relationship after marriage breakdown.

That was then and this is now, and today the Conservatives alone stand to support an initiative whose time is well over due. You ask, if Canadians support shared parenting why wouldn’t their political leaders follow suit?

That puzzles me too because the psychological literature in the 1990’s regarding custody, access, and parenting was rife with findings that favoured a maternal preference, while today those old wives’ tales and custody myths have been demolished by cutting-edge, international research, such as American Dr. Richard Warshak’s 2014 treatise on shared parenting that has garnered the written support of another hundred experts in the field.

So what kool-aid are they drinking? It appears that many of the political naysayers are guzzling the views of the Canadian Bar Association, who purport to represent the views of Canada’s lawyers, who I say, have got it wrong. So what is the truth about shared parenting?

1. Shared Parenting Means Giving Up the Best Interests of the Child Test. NOT TRUE

-A rebuttable presumption of shared parenting does not abandon an examination of what is in a child’s best interests, it merely codifies the position that both parents, if fit, have a shared responsibility to parent their child.

2. Shared Parenting Focuses on Parental Rights Rather Than Children’s Rights. NOT TRUE

– Shared parenting permits children to have a real relationship with each parent, which is their right and a parent’s obligation.

3. Shared Parenting is Strictly a Men’s Rights Issue. NOT TRUE

-While men have been the primary victims of our custody laws, women are also affected as parents, grandparents, partners of parents and supporters of a fair and just system of family law. An American- based group “Leading Women for Shared Parenting” with international membership, voices women’s concerns about outdated custody assumptions.

4. Shared Parenting is Not What Children Want, They Want One Home. NOT TRUE

-Renowned American psychologist and parenting expert, Dr. Joan Kelly, dismisses the myth that kids want to live with one parent and highlights the negative consequences of one-parent homes.

5. Shared Parenting Only Works for Older Children and Teens. NOT TRUE

-Dr. Warshak’s research shows that the misguided notion that children under six-years-old are too young to have overnights with both parents has done a frightening disservice to children and parents alike.

If we had implemented the recommendations from 1998, Canada could have led the way down a path that is being adopted by multiple countries and many jurisdictions in the United States. Will we allow our lawmakers to miss the boat a second time? I hope not.