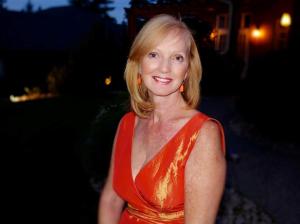 I recently read about Barry Beach, a man from Montana, who was convicted of the 1979 murder of 17-year-old Kimberly Nees, an outstanding young woman who was about to embark on her first year of university, until she was found in the Poplar River, bludgeoned to death.

Barry was like many young adults in the 70’s, dabbling in drugs and looking for his place in the world. During the Kimberly Nees murder investigation Barry was interviewed by the police, but nothing came of it.

He ended up in Louisiana at about the time that two young women were discovered murdered in their homes. One of the police investigators heard a rumour that Barry had been questioned in a murder in Montana and decided to bring him in for questioning, but not before the police contacted the Montana authorities to get the details of the Montana murder.

Barry was interrogated for many hours, a young man away from home and feeling very afraid of the situation he was in. Towards the end of the interrogation the lead investigators brought in their “closer”, a police officer with a reputation for closing cases, usually through confessions.

Ultimately, Barry confessed to the murder of Kimberly Nees and was extradited back to Montana where he was tried, convicted and sentenced to 100 years in prison with no possibility of parole.

Ms. Nees had been beaten in her own vehicle, a crime scene that contained multiple unidentified prints, including a palm print in blood, finger prints in the car, and foot prints leading away from the vehicle to the Poplar River where her body was dumped.

No physical evidence and no DNA linked Barry to the crime, the only evidence was the confession of the frightened 18-year-old who had been threatened by Louisiana police that he would end up in dying in “old sparky”, Louisiana’s electric chair.

Criminologists have studied the phenomenon of false confessions, particularly those made by young people, and have been persuaded they are more common than once thought.

Barry protested his innocence and undertook multiple appeals, but the trial verdict stood, until “Centurion Ministries”, an innocence project organization, took up his case and secured his freedom in 2011. He was released from prison and became a well-functioning member of society, but his new life was short-lived. In 2013 the Montana Supreme Court overruled the judge who set him free and he returned to prison to serve out his sentence.

With the support of Montana’s governor and many other respected, high-profile individuals he applied to the Montana Pardon and Parole Board for clemency and his release, having served thirty years of his sentence. In June of 2014 the Board refused his application and he remains in prison.

Jim McCloskey, the director of Centurion Ministries is convinced, after 14 years of investigating Mr. Beach’s case, that he is the victim of a perverted miscarriage of justice.