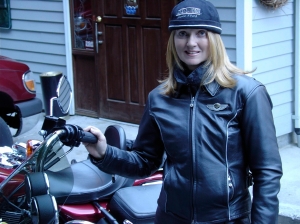 Well, it looks like there is nobody to blame in Anna Nicole Smith’s overdose death, except Anna Nicole.

After a nine-week jury trial in 2010 I reported on November 9, 2010 that most of the charges against her boyfriend/lawyer Howard Stern, and her psychiatrist were dismissed, except for felony charges for conspiracy to obtain prescription drugs for Ms. Smith using a fraudulent name and prescribing opiates for an addict. Charges against her personal physician were also thrown out. The sentencing for Howard Stern and Dr. Eroshevich was to occur on January 6, 2011.

There was a sentence hearing this week, but before it got started Superior Court Judge Robert Perry ignored the jury’s decision and tossed out all the convictions, leaving only one misdemeanor count against psychiatrist Dr. Eroshevich for prescribing Vicodin to Ms. Smith.

Judge Perry, who presided over the jury trial, found that the evidence was “lacking and insufficient”. He also said that the prosecutors did not understand the law of conspiracy and the jury’s dismissal of most of the charges was a clear repudiation of the prosecutor’s case.

Perry held that in this media-crazed society it was not unreasonable for Howard Stern to obtain prescriptions for Ms. Smith under assumed names to protect her privacy. The Court referred to the situation when the dying Farrah Fawcett’s medical records were unlawfully released and the resultant breach of her privacy.

Perry also found Mr. Stern lacked the intent to commit fraud and Ms. Smith was not an addict, but she did suffer from chronic pain.

Dr. Eroshevich was sentenced to one-year probation and a fine of $100.00. The change from a felony conviction to a misdemeanor means the psychiatrist will not likely lose her medical license, although her practice and reputation have been decimated.

But not everyone is happy. The prosecutors have vowed to fight on and will appeal Judge Perry’s ruling. The Judge acknowledged there were medical practitioners who pushed pills, but not in Anna Nicole’s case.